A list of publications related to each project can be found

at the bottom of their pages

Understanding the role that an organism plays in a community necessarily includes knowledge of what it eats, whether its prey change in time or space, and how much matter and energy individuals and populations consume. This species level information can in turn be integrated to form food webs that can organize our understanding of ecosystem function.  Our research has focused on what deep-sea fishes eat, their role as scavengers, top predators, or a forage base for even larger animals such as tunas and swordfish.  We are very interested in how deep sea animals and food webs are connected to shallow water systems where most primary production occurs.  READ MORE
Ecological energetics is the study of the flow of energy through individuals and populations. When an organism consumes a meal, some of the matter and energy are assimilated into the animal and used for maintenance, growth or reproduction. Some of the matter and energy are lost through excretion. By understanding these processes in the individual they can be extrapolated up to a whole population and used to understand the production of fish (for fisheries) or to construct food-web models for whole communities.  READ MORE 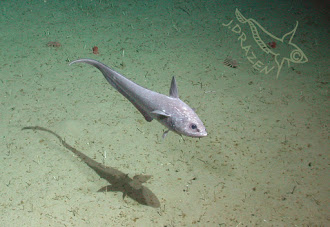 The deep sea is the least explored environment on the planet and within it the hadal zone is clearly the last frontier.  It is comprised of ~37 deep ocean trenches and troughs (6000 to 11,000 meters or 3.7 to 6.8 miles), and it represents the deepest marine habitat on Earth, accounting for the deepest 45% of the global ocean.  Because of the immense technological challenges of working at these depths most studies were very limited.  With the advent of state of the art submersibles and remotely operated vehicles we are part of a new era of hadal science.  Our work investigates the distributions of hadal animals in relation to depth, food and other variables and also seeks to work out the trophic relationships of hadal food webs. Read more at:  HADal Ecosystems Studies (HADES) and Exploring the Mariana Trench 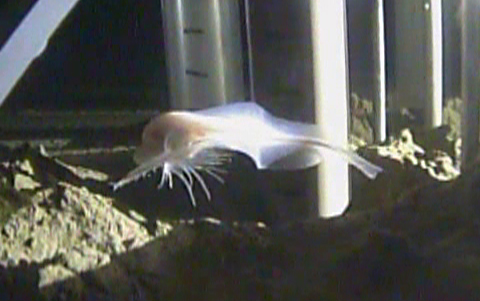 Fisheries expanded into deep waters globally in the 1970s and have expanded dramatically in the following decades, often in advance of the scientific knowledge required to manage them successfully.  In Hawaii a deep water fishery (100-400m) has existed for fish such as opakapaka and ehu for quite some time.  We are involved in studies of bottomfish restricted fishing areas (BRFAs) that were established in the State in 2007 (in their current form) to determine if they are effective in rebuilding populations within them and in neighboring areas outside their boundaries.  READ MORE 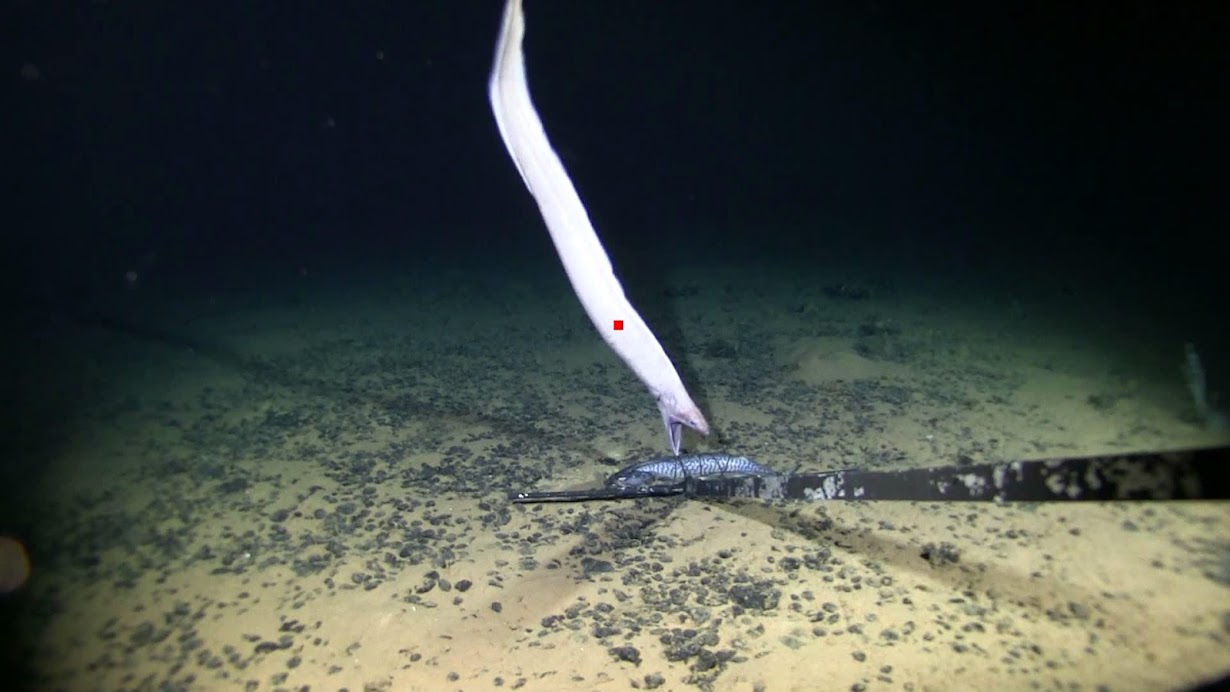 Given recent advances in deep ocean technology and increases in global metals prices to satisfy the growing demand for industrial products, corporations are turning to the deep sea as the next mining frontier.  Across many parts of the deep ocean floor metals precipitate forming what are called manganese nodules.  They are also rich in nickel, copper, cobalt and other metals.  As part of the ABYSSLINE project, which seeks to develop environmental baseline studies before mining occurs, we are studying the top predators and scavengers in a potential mining area called the Clarion Clipperton fracture zone (CCZ), located in the abyssal Pacific roughly halfway between Hawaii and Mexico.

Top trophic level animals can have important influences on communities and ecosystems; controlling prey biomass or abundance, exerting selective pressures, and altering prey  behavior and habitat choices.  Top predators are also susceptible to anthropogenic changes, particularly habitat alteration, because many have large habitat requirements.  Examples include polar bears in arctic ecosystems and spotted owls in old growth forests.  In abyssal regions the top predators include rattail fishes, cusk eels, shrimps, and amphipods.  Many of these are also scavengers, inhabiting a low energy deep-sea habitat, and commonly studied using baiting techniques.  Baited cameras and traps are an attractive tool to study the biodiversity and ecology of large mobile animals because bait attracts otherwise sparsely distributed animals to a central point where they can be identified and their relative abundances estimated.

This group of animals has never been studied in the CCZ before. We are using stereo video baited cameras and traps to characterize this fauna and address three important questions.    What is the scavenger assemblage (its diversity and relative abundance) in the proposed CCZ mining area?  How does this fauna change with environmental parameters within and across the mining area and across years at a single site?  Is the fauna broadly distributed across the Pacific or does the proposed mining area contain distinct populations and/or endemic species?

Small fish, shrimps, and squids (micronekton) at midwater depths form deep ocean sound scattering layers that can undergo diel vertical migration (DVM), a coordinated movement up into shallow waters to feed at night and descending down several hundred meters during the day. These animals provide critical ecosystem services as a forage base for commercially important top predators and charismatic marine mammals and contribute to carbon sequestration through their active vertical migrations. Yet, many of these animals remain understudied and it’s unclear how the patterns and behaviors of midwater populations will change in response to environmental disturbances like deep-sea polymetallic nodule mining.

This activity may commence as early as 2022 in the Clarion-Clipperton Fracture Zone (CCZ)- an area in the central North Pacific Ocean that spans a width equal to the continental United States. How might deep scattering layers be affected by mining-related sediment plumes in the water column? How do these layers vary naturally across the CCZ prior to mining? This poses a major gap to our knowledge considering the significant ecological value of midwater populations. 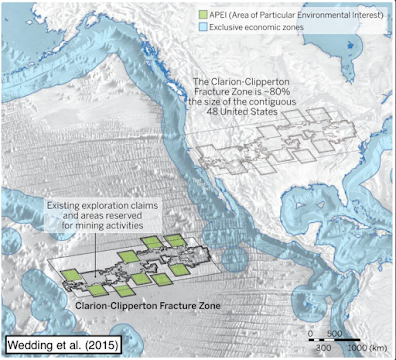 Building Midwater Baselines in the CCZ 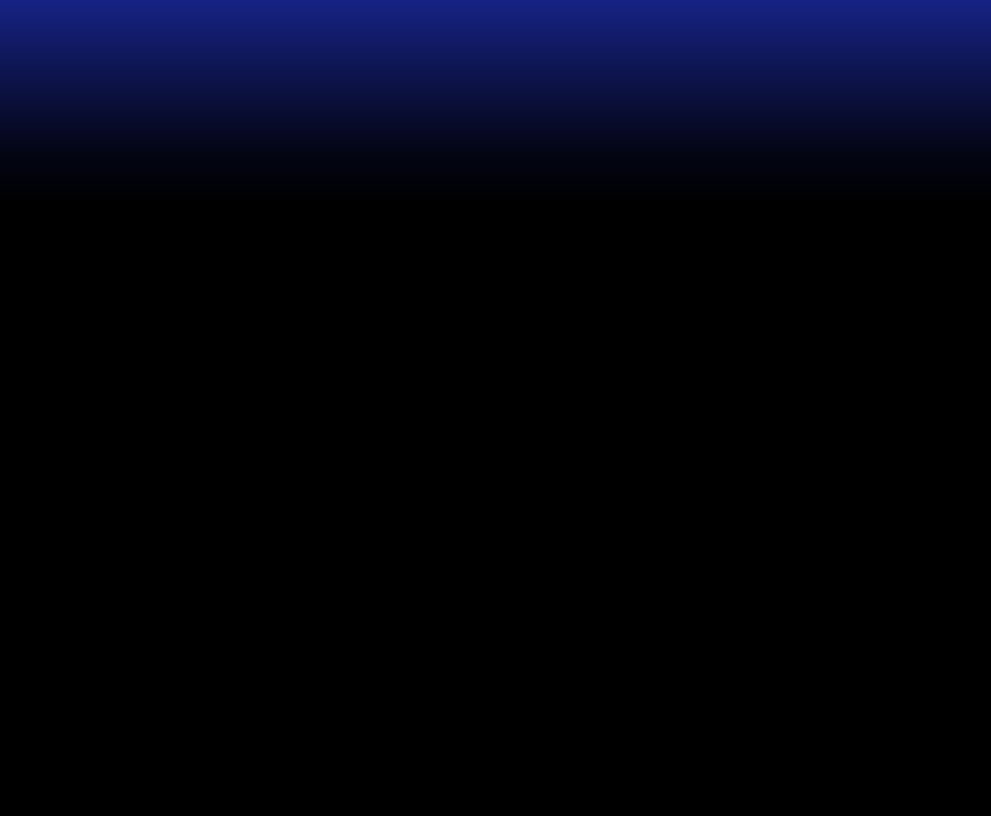 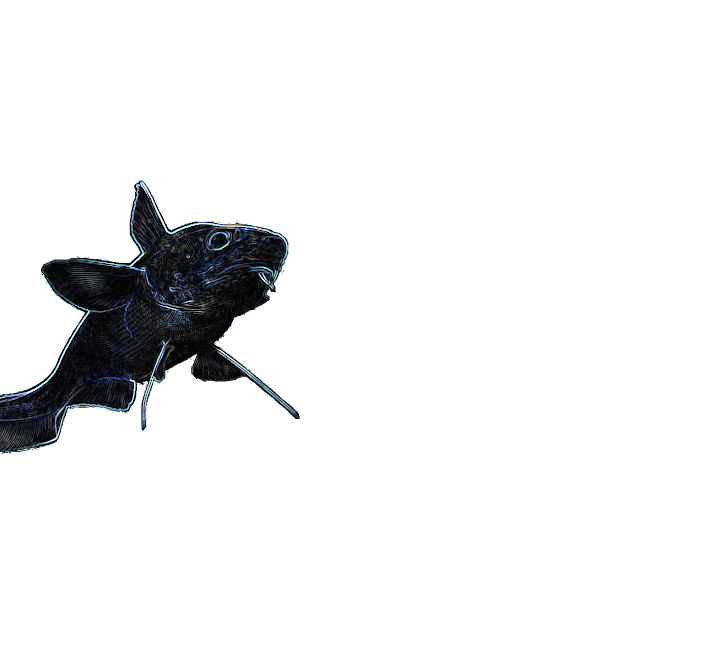